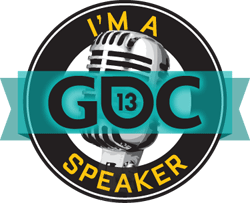 It’s been a while since my last post but much has happened in the last several months. I’ll get to all of it very soon, but for now I am really excited to announce that I will be speaking at the Game Developers Conference in San Francisco in March of this year! I’m part of an awesome group of experienced animators talking about all things animation and game development. You can see the full details of the talks HERE. Can’t wait!

There will be a lot to talk about in the coming weeks so stay tuned!

END_OF_DOCUMENT_TOKEN_TO_BE_REPLACED

I know I’ve said this before, but what a year! I meant to write a lot more these past several months, but Hitman: Absolution took every moment I had. Even when our newest little one, Livia, was born I only got a brief break before diving right back into crunch.

I am finally off the project now and taking some time with the family and to concentrate on my own projects, like this site. I have given it a bit of a face lift both in terms of looks as well as functionality. I needed to add more support for a portfolio as well as a place to keep a the articles I will be writing.

The blog will still remain pretty much the same, but I will also be writing a bit more about work and animation in general. I also have a TON of catching up to do as much has happened since my last post. Check back often as I will be updating all the time (for real this time).


How to get a job as an animator in games…

The competition for jobs in the gaming industry is getting increasingly fierce (many companies receiving 100’s of applicants for a single position), yet many applicants consistently make the same mistakes which hurt their chances of landing the gig. I’m going to cover some of the more common mistakes I come across, as well as provide some insight into what I (and most others) look for when reviewing an applicant.

There’s no shortage of cover letter, resume, and interview “help” articles and services out there, but anything that really covers it from start to finish with information that is specific to games (and moreÂ specifically, game animation) is scarce. Much of the advice offered for cover letters and CV’s is geared towards a corporate position and the demo reel direction is often targeted at a job in film or TV, which could put animators at a disadvantage.

I’ll run through this in chronological order from a hiring perspective: cover letter, resume, demo reel, interview.Â So, let’s get started! END_OF_DOCUMENT_TOKEN_TO_BE_REPLACED

More than anything, I just wanted a reason to post that image.

So, I’m going to be making a couple of additions to the site. If you haven’t noticed already, I have added an Animation page (you can click on it at the top). I’ll be adding an updated demo reel soon as well as any other tidbits I work on that can be made public. Unfortunately I can’t really show much from work for the last couple of years as the project hasn’t been released, but I have and will be working on some personal projects that I can share. Also, I’m going to add another page to put all my miscellaneous art projects.Â  Photos, drawings…whatever.

And of course, I’ll be writing more on here as well. 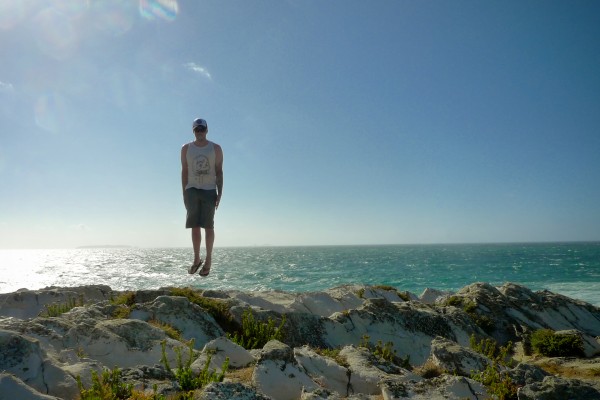 Well, hello. It’s been a while.

2011 has been one kick in the crotch after another and updating the blog always felt like the last thing I wanted to do at the end of the day. Not that things have gotten any better or easier, but I’m getting the urge to write again. Plus, I’m losing track of a lot of things I want to document and if I don’t do it soon, I might forget much of it.

The worst thing to happen this year was our dog, Rylee, passing away. She came down with a rare condition that caused her jaw to freeze shut. Eating was next to impossible and she deteriorated rapidly. I ended up having to take her to the vet to get put down and it was easily the hardest thing I’ve ever had to do. This was months ago and I still feel sick about it. I don’t think I’ll ever get the image out of my head of her on that steel table closing her eyes for the last time. We had her cremated so we can bring her with us when we leave. It didn’t feel right to have her tossed in with some other animals and left in Denmark.

On the plus side, we had a great summer. Leigh and the kids spent seven weeks back home in Vancouver. I joined them for the last three but not before spending a long weekend in Portugal on a surf trip! I’ll post more about that later.

We also announced the game! Hitman:Absolution! It’s such a relief to be able to talk a little more openly about what we’ve spent the last two years doing here. Again, I’ll be posting much more about it very soon. Until then, you can go to the site I linked to and check out the trailer.

Both kids are back in school and for the first time, they are at the same school together. They’re having a great time and making a lot of new friends. Evan says he misses his old bÃ¸rnehaven a lot, but I think he mostly misses his little buddy Sebastian. At least they still get together for play dates nearly every week.

Most recently, our best friends here moved back to LA. Next to losing Rylee, it’s been the hardest thing to come to terms with. It’s left a massive hole in our lives and one we’re not sure will ever get filled here.

Anyways, stay tuned for more to come (for really real this time)